Gimbals are often used in drones, quadrocopters and multicopters. These are the suspension or bearing of the camera to compensate for movements of the flying body and to keep the lens always in balance to stabilize the captured video image of the camera. Holitech's gimbal uses a mechanical motion compensation method, which means the jitter direction and the shift of the shake are measured by a gyroscope. According to the electromagnetic principle of magnet and coil or piezoelectric traveling wave, the whole main camera is controlled. Thus, an opposite movement is carried out and the adjustment is continuously adjusted, fixing the lens and the photosensitive element relative to each other, so that the entire lens "floats". This compensates for the movement. The system compensates for a shake angle of ±5°. The system is an alternative to commonly used pan-tilt cameras and reduces material costs by about 5%.

Holitech's closed-loop optical image stabilizer (OIS) for smartphones does not use a costly X/Y Hall sensor, reducing equipment costs. The flexible printed circuit (FPC) system is produced by insert molding and uses a reed structure, which increases reliability compared to a normal suspension. The anti-shake effect can reach 25 dB at 6Hz.

In Holitech's periscope module, the telescope lens is mounted horizontally in the fuselage, avoiding the problem of bulging and greatly improving portability. By mounting the lens in the fuselage, it is protected from dust. The periscope module is characterized by a small difference between the sharpness in the center and at the edge of the image, so the fineness of the image is well balanced.

Another periscope module from Holitech with Samsung's S5KHP1S sensor is characterized by very good anti-shake behavior. This is achieved by using a large lens. The stress is distributed to the wider shrapnel. The stress value is low, which increases reliability.

Holitech's Fast Focus Module has a very thin lens barrel wall thickness of 0.1 mm. This allows the lens barrel to be trimmed, allowing the Mobile ID design to be placed closer to the frame. This allows lenses with a thickness ratio of more than 5:1 to be used. 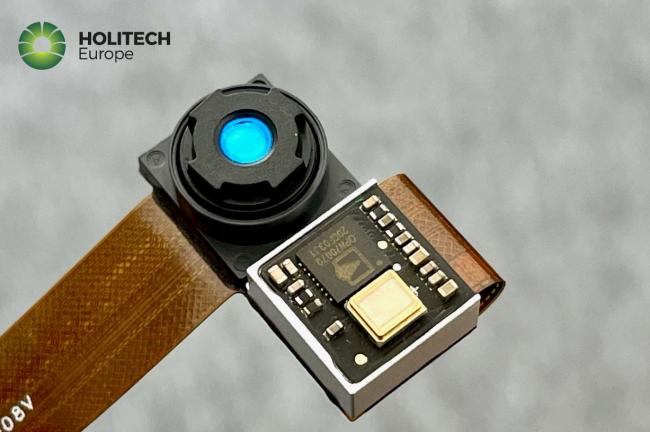 Holitech's latest color ePaper is based on the Advanced Color ePaper (ACeP).… more